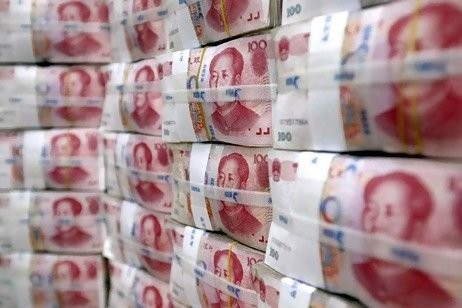 As I predicted last week in my article entitled “Yuan Internationalisation and Bitcoin”, the PBOC resumed the depreciation of the Yuan after the Golden Week holiday. Throughout 2016, the PBOC defended USDCNY 6.70. On Monday, they weakened the yuan to 6.7008 and in the following days continued slicing and dicing.

The next psychological level for USDCNY is 7.00, which is 4.47% higher than current levels. Central banks are organisations committed to conning the market into believing their version of economic reality. All eyes are on the PBOC, and any action or non-action it takes will provide summary judgement on the health of the Chinese economy.

The China credit fuelled growth miracle has stalled. The politics of rebalancing the Chinese economy will prove very tough. Just like any other government, China is attempting to forestall tough decisions by continuing to pump enormous amounts of credit into the economy.

All these newly printed Yuan will find a home either domestically or internationally. If the PBOC continues to keep the Yuan relatively strong, inflation will rise dramatically at home. Food and housing inflation are already rising, and at some point the population will become more vocal about the raw deal they are receiving. They are losing their heavy industry jobs by the millions. At the same time, rent and property prices are skyrocketing in cities. Add food, in particular pork, price inflation to the mix, and you have a recipe for social unrest.

The Party cannot allow social unrest, so the other option is to export Yuan abroad. That will be done through currency debasement. Given the amount of new Yuan that must find a home, the currency will fall. The question is how fast and by how much. Up until the IMF Special Drawing Rights (SDR) inclusion, the process was slow and orderly. Now that China is through the velvet rope, they will become more aggressive.

Many financial analysts are calling for USDCNY at 7.00 by year end. Given the gyrations that currencies are experiencing these days, a 5% deprecation in three months is not extreme. After that physiological level is breached, will that launch a full scale flight to safety by anyone holding CNY?

I believe the answer is yes. And as the CNY approaches 7.00, Bitcoin will approach $1,000. The CNY knife party started last August. From August 2015 until this week, CNY depreciated by 8%. Bitcoin over the same period rose 128%. There are obviously other factors at play, but Chinese monetary policy is driving a substantial part of the Bitcoin rally.

Using a simple linear extrapolation, if CNY weakens further to 7.00, Bitcoin should rise to $1,050. Chinese monetary policy will not be the only ingredient needed for Bitcoin to pop through its all time high. But if Bitcoin can take out $700 then $800 on the back of a weaker Yuan, a positive feedback loop will form and help propel Bitcoin higher.