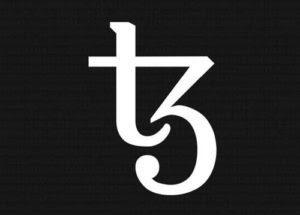 The most anticipated ICO of 2017, Tezos, will begin July 1st.

What does Tezos do? Do you really care? In a nutshell: Tezos is souped up Ethereum. Tezos claims to fix governance issues and features formal verification of smart contracts. They don’t want a DAOsaster happening on their watch.

Tezos, like Ethereum, will launch via an un-capped ICO. If you so desire, you can pledge all your hard earned Bitcoin and Ether for new and shinny Tezzies (XTZ). Tezzies are the tokens that are used natively on the Tezos protocol. They sound super cute, n’est pas?

Bancor raised $152 million this month and surpassed the DAO as the largest crowdfunding project in human history. One of Tezos’ esteemed advisors, Emin Gun Sirer, in a recent Hacking Distributed blog post, stopped short of calling Bancor an outright fraud. With ICO euphoria at an all-time high, Tezos could crush the record just set by Bancor. My target is $500 million.

The token generation event (TGE – repeat after me “it is not a security”), will take place over 2,000 Bitcoin blocks. That is approximately two weeks. Every fundraising milestone reached will be covered to death and will engage financial reporters, an element missing from past ICOs.

The structure of Tezos is a little different that many ICOs you may be familiar with. Essentially the founders constructed a US entity, Dynamic Ledger Solutions (DLS), that gets a payout if certain conditions are met. The Tezos foundation, who issues the tokens and receives the Bitcoin and Ether, is contractually obligated to pay DLS 8.5% of the proceeds and 10% of the tokens.

A Swiss foundation raises hundreds of millions of dollars from retail investors globally, and then funnels a significant portion of the loot back into a US company. DLS owns all the Tezos IP, which the foundation essentially purchases with proceeds from the token sale. Ding Ding Ding, SEC please look over here. Not even a white-shoe law firm like Wachtell Lipton Rosen & Katz could wipe the stink off of this structure.

If the price of Tezzies performs badly in the secondary market, and / or the tech does not deliver as advertised, a hoard of grannies and grandpas have a nice juicy US entity to sue into oblivion.

DLS also could face the wrath of an ambitious securities prosecutor. If I were a young Southern District of New York prosecutor, DLS is the perfect target for an opening salvo in the war on ICOs. Someone will get perp walked due to ICO events. Who better than a gaggle of Goldman and Bridgewater bankers to publicly tar and feather.

The Tezos founders are incentivised, through their DLS stake, to engineer a quick cash grab. The bigger the raise, the more immediate funds they receive through the 8.5% sale proceeds payout. The short-term incentives rub many potential investors the wrong way.

Even in Shadystan, people will rush to purchase Bitcoin and Ether for the sole purpose of investing in Tezos. The Tezos Bitcoin and Ether vacuum will provide a strong bid for the funding currencies. During the DAO ICO, Ether rallied 40%. A similar phenomenon should occur during the Tezos TGE, especially if I am correct with my fundraising target of $500 million, which is almost 0.7% of the total market cap of Bitcoin and Ethereum combined.

Tezzies will not be distributed until late 2017. During those months, people who invested more than they could stomach to lose will start getting the shakes. There is a non-zero probability that Tezzies never materialise. Freaked out investors will search for any guidepost as to what the market believes the price of soon to be distributed Tezzies to be. We can help – through the darkness, the light of BitMEX will shine bright.

BitMEX Has Got Your Back

The BitMEX Tezzie / Bitcoin 29 December 2017 futures contract, XTZZ17, is now live. Using only Bitcoin, traders can speculate on the future value of XTZ. Traders can go long or short with up to 2x leverage.

XTZZ17 provides a real market for the future value of Tezzies. Punters who bought into the ICO, and want to take some off the table, can short XTZZ17. Traders who missed the TGE but still want a piece, can go long XTZZ17. Each contract is worth 1 XTZ.

Given the hype surrounding Tezos, I think XTZZ17 could rival the intensity and volatility of Zcash prior to spot being listed. Get ready to strap yourselves in.