As the debate drags on with no implemented solution, the upper ceiling on Bitcoin’s short term price hardens. Since the Bitcoin Hearnia, the price has been unable to hold $400. The $350 to $400 range holds true, and absent a macro economic catalyst the risk of a break below $350 and a retest of $300 grows.

While I believe in the soundness of my Yuan devaluation call, I would not take long term outright long positions. The flurry of technical announcements have usually been price negative as the community further divides.

The addition of leverage is both a blessing and a curse. Using BitMEX futures contracts to construct spread or arbitrage trades and adding a healthy dose of leverage is the preferred strategy in these choppy times.

2016 will witness bans on physical cash, negative interest rates, and competitive devaluation. These trends are all net positive for Bitcoin. Use the dips in the market to go long volatility and interest rates. Buying BitMEX quarterly (XBTH16) or bi-quarterly (XBTM16) futures contracts vs. shorting the weekly (XBT7D) contract is an appealing spread trade. The negative carry of the long dated futures contracts can be covered by selling XBT7D and short rolling week to week. The strategy is price neutral and benefits if volatility and or interest rates rise. Volatility and interest rates will rise during a sustained upward Bitcoin rally, especially if there is a shocking macro economic development precipitating the price movement.

We recently concluded our series of arbitrage webinars. Over the course of four lessons, I explained the basics of arbitrage and basis trading on BitMEX. Please visit the BitMEX YouTube Channel to view the lessons. 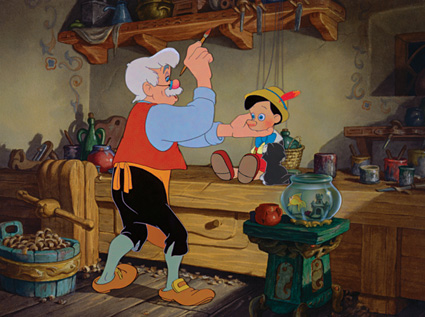 Central bankers are well-paid liars. Last week the BOJ inflicted max pain on JPY longs when they announced negative interest rates. In the weeks leading up to the policy change, Kuroda-san stated that the BOJ would not go negative in the near future. After sippin’ bubbly in Davos, he had a change of heart and decided to cross the Rubicon.

This action confirms the futility of QE. Japan has suckled on the money-printing teet for over two decades. The results: an economy stuck at 0% growth. Even with the gobs of money floating in Japan, the Nikkei has still failed to retake its 1989 high. Faced with failure, they entered the last stage before helicopter money: NIRP. Two of the four most important central banks now employ NIRP (ECB and BOJ). The Fed hasn’t joined the party yet, but that is probably only one presidential election away. Trump or Sanders may not like the fed, but Grandma Yellen still has two years left. If the S&P 500 touches 666 again, you can bet the Fed will roll out all the stops to keep the dream alive.

The PBOC joined the party late, but they are ginning up Mao’s printers. As the calls for a Yuan devaluation crescendo, the PBOC holds steadfast that the Yuan will not devalue. They even trolled George Soros in the People’s Daily for even hinting that he might short the Yuan. China does not have the time or political will to internally devalue by firing millions of migrant laborers, and allowing SOE firms to fail. The Yuan must and will devalue.

Now that two of China’s biggest export competitors are trashing their currencies in hopes to export deflation and goods abroad, China must respond forcefully. The PBOC has been busy abusing Yuan shorters and closing the gates on the obvious ways that capital flees the country. The legal yearly limit for FX is $50,000 per comrade. China has $3.3 trillion in reserves. It would take only 5% of China’s 1.3 billion population to convert their legal amount of Yuan into a foreign currency for the reserves to be depleted this year. There is no way but down.

The PBOC attempted the slow and steady approach. However, unpatriotic comrades began front running them, as evidenced by the widening gap between CNH and CNY. The PBOC then went nuclear on CNH shorts by cornering the spot market and kicking foreign banks out of the onshore market. All the while proclaiming, all is good and no further devaluation will occur. Liar liar pants on fire!

The PBOC will orchestrate a China style devaluation, big, bold, and in your face. It will happen when people least expect it, or are least prepared to react. The Chinese New Year holiday presents an excellent opportunity to shock the markets. Going long XBTCNY vs. short XBTUSD with futures, spot, or a combination of both is an asymmetric bet. Worst case, the PBOC keeps the Yuan stable and continues to bleed FX reserves. Best case, the PBOC devalues big and Bitcoin goes nuts.

If you place trust in Gepetto’s Children, I have an apartment in Ordos to sell you.