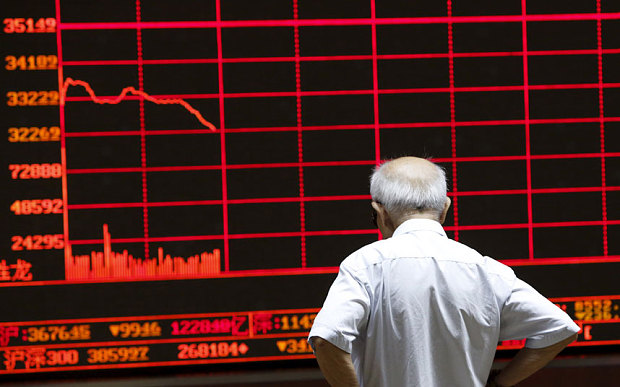 The Monday after Lehman brothers collapsed, I stepped on the trading floor as a new graduate. My first day of work consisted of  sitting in a chair (a nice Herman Miller one), and watching a floor full of traders lose their marbles. 7 years will have passed since the onset of the GFC, and it looks like this fall will be another doozy. What started with a breakout rally in China is ending in tears. Anyone who FOMO’d in at the highs is now severely underwater. Greece threatens to tear Europe apart, the S&P 500 is nearing its 200 DMA, and oil might will trade with a 4 handle again shortly.

Governments, when faced with a total collapse in asset markets, throw all the free market voodoo out the window. In China, over 50% of stocks are suspended from trading due to heavy selling pressure. Pension funds, who were goaded into the market, are now forbidden from selling equities. The PBOC has taken its first hit of QE with a 500 billion RMB stock purchase program.

It’s downright despicable when the government promotes equities and then forbids you to sell. China is not alone in its market manipulation. Faced with similar circumstances in 2008 and 2009, many western-oriented countries forbid short selling, and enacted other restrictive polices in their respective financial markets.

Across a sea of red, only US treasuries, the USD, and Bitcoin are trading with green candles. Bitcoin is a singular asset free from governmental meddling. It isn’t as liquid, but at its core it is an asset and a means to save and invest wealth. When the price fell by 50% in two days, no government halted trading. There were no road blocks that inhibited Bitcoin in finding its clearing price. Governments welcome speculators with open arms when they buy, and shut the door and let them burn when they sell. Bitcoin has flaws, but when you’ve had enough, at least you can exit stage left.