Abstract: In September 2017, we wrote a piece on the SegWit capacity increase. Here, we provide an update on SegWit adoption with six more months of transaction data. We also compare the transaction throughput to that of Bitcoin Cash, an alternative capacity-increase mechanism. 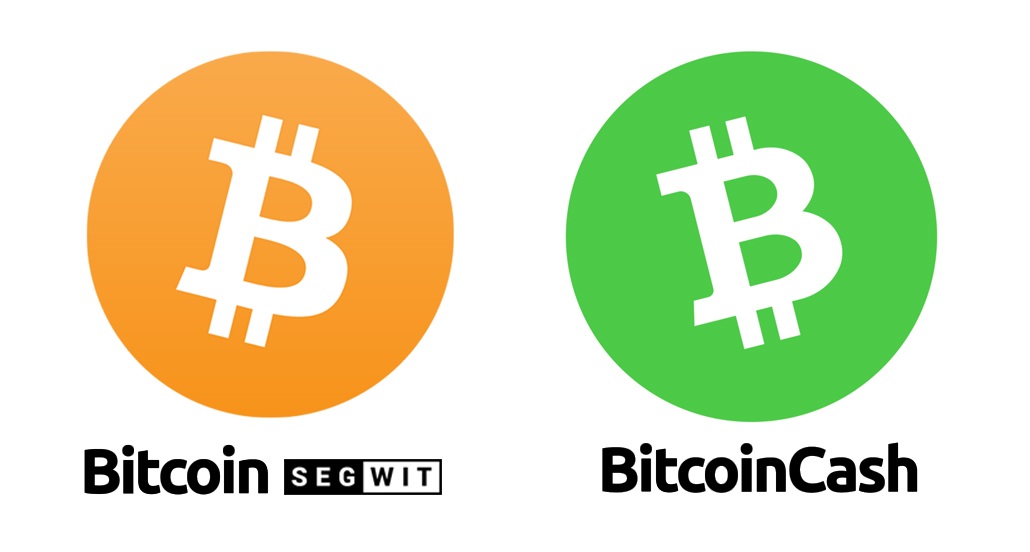 The SegWit upgrade to the Bitcoin protocol occurred in August 2017. After this, users had the option of upgrading their wallets and using SegWit, which provides the benefits of about 41% more scale (assuming no other users also upgrade).

Around the same time, Bitcoin Cash provided an alternative mechanism for increasing capacity, in which one also needs to upgrade to a new wallet and adopt a new transaction format to get the benefit of more transaction throughput, although a main difference between this and SegWit’s approach is that Bitcoin Cash resulted in a new coin. 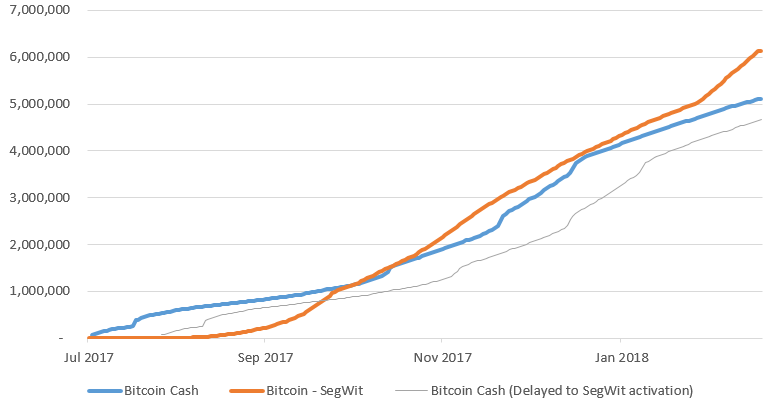 As these charts indicate, there was a sharp spike in Bitcoin Cash transaction volume when it launched; in contrast the SegWit upgrade was more gradually adopted. This is likely to be related to the investment flows and excitement of the new Bitcoin Cash coin, which may have driven short term adoption, as some of the spikes in the chart illustrate. Three months after the launch of Bitcoin Cash, on 31 October 2017, SegWit transaction volume overtook Bitcoin Cash and has remained in the lead ever since. 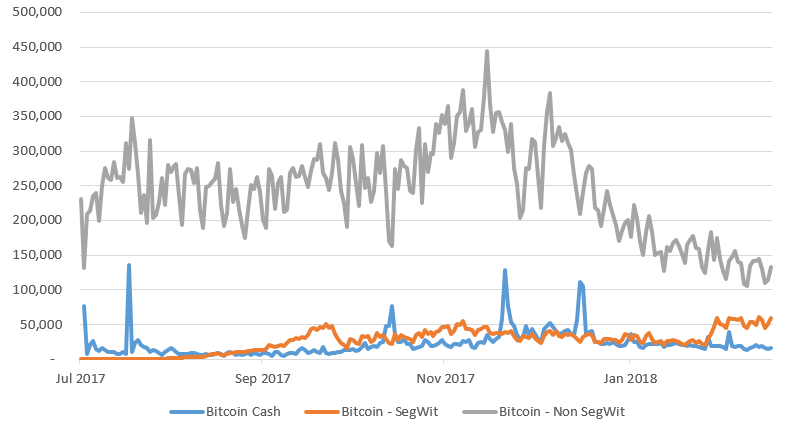 The chart below shows that the adoption of SegWit has continued to grow since August 2017, perhaps increasing in steps as large corporate entities switch to SegWit. Adoption currently hovers around 30% as a proportion of the number of transactions, although the adoption rate only measures around 22% as a proportion of block space, which is possibly a more important metric. 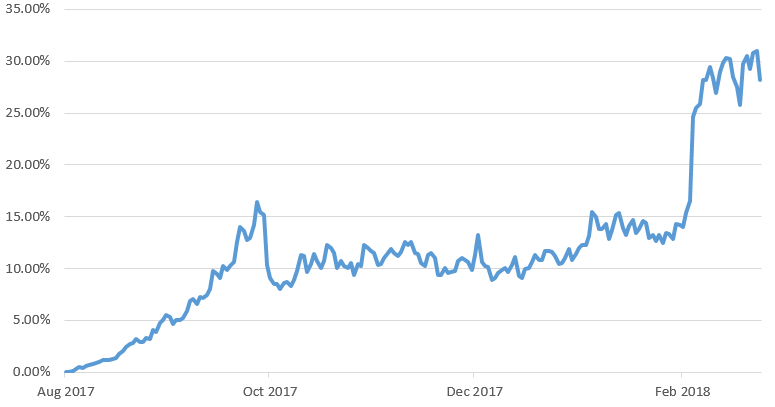 SegWit has begun to meaningfully impact system-wide capacity, potentially reducing fees and benefitting even users who choose not to upgrade to the new transaction format. However, the transaction fee market is still immature and, in our view, transaction prices are likely to remain volatile going forward.

Adoption of both the new transaction format for SegWit and Bitcoin Cash has been reasonably slow. At the same time, as our earlier piece shows, adoption of new consensus rules can also be gradual. This illustrates why it may be important to construct network upgrades in the least disruptive way possible, perhaps an upgrade mechanism which is safe even if users and miners do not upgrade at all.