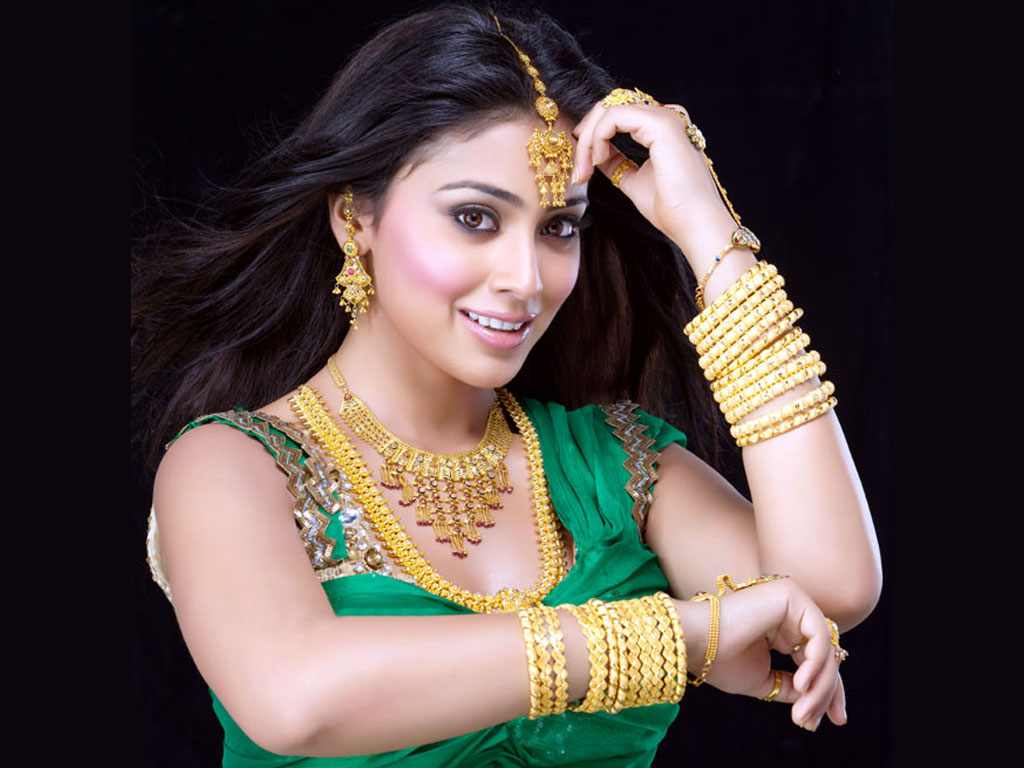 Indian Prime Minister Modi’s cash grab has created fantasies of Indians rushing to acquire Bitcoin. While I do believe that India will be an important market for Bitcoin in the near future, the way in which they acquire Bitcoin will have profound implications on how Indian Bitcoin adoption grows.

Indians do not trust the government or banks with their money. India’s population, like that of many developing countries, holds its wealth in the form of gold and property. Governments cannot print gold, and you always need a place live and farm.

A large percentage of the population does not have a government issued ID or bank account. They deal only in cash. Modi’s ban of 500 and 1,000 Rupee notes is causing havoc. The government will issue new 500 and 2,000 Rupee notes; however, in order to convert old notes into new, a person must first encounter the banking system.

Due to high CPI inflation and a weak Rupee (INR), Indians store wealth using gold. Gold in INR terms (XAU/INR) fell 8.13% over the past four years. Over the same time period, INR depreciated by 25.18% vs. the USD. Gold outperformed by over 17%. 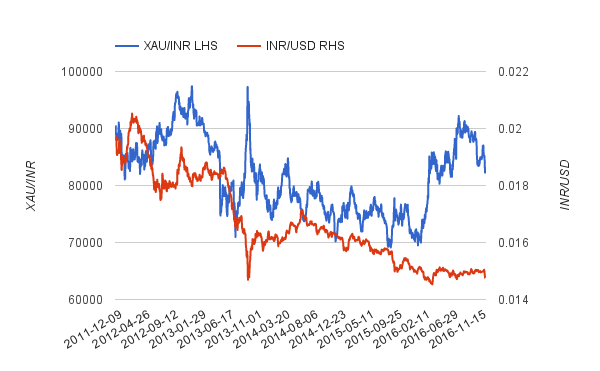 The government in its attempt to force as many people as possible to hold their wealth in INR, tax gold imports 10%. Gold smuggling is big business in India. According to The National:

In January 2012, the import duty in India was set by the previous government at 2 per cent, which was then doubled to 4 per cent in March of that year. A couple more hikes were introduced the following year, so that the import duty reached a record high of 10 per cent, which is where it stands today. This created an incentive for gold to be smuggled into India, to avoid paying the high duties and to reap greater profits.

About 175 tonnes of gold were smuggled into India in 2014, the WGC believes.

Bitcoin is weightless and borderless. If digital payments grow quickly in India, Bitcoin will become a preferred way to save. The question is, how will Indians actually buy Bitcoin.

For most readers, if you want to buy Bitcoin, you transact on your preferred exchange. For countries with little or no currency restrictions, it is quite easy to buy Bitcoin. The most liquid Bitcoin currency pairs are XBT/CNY, XBT/USD, and XBT/JPY.

When exchanges open in a new country, they import liquidity from abroad. The most important consideration for the exchange is the supply of Bitcoin. Given that there are very few if any local companies mining Bitcoin, supply will come from traders sourcing it from the USD and JPY markets. They will not source from China, as CNY is not freely tradable.

Here is the flow of how a trader will supply Bitcoin to India:

If capital can flow freely between INR and USD, this is allows India to instantly access a large pool of Bitcoin liquidity. Unfortunately Indians cannot freely convert INR into USD.

The Reserve Bank of India (RBI) allows a person to convert $250,000 worth of INR into a foreign currency each year. The big caveat is that you may not use this allocation to buy foreign exchange abroad.

This restriction makes it virtually impossible for trading businesses to import sufficient liquidity into India.

The RBI may allow an exemption for Bitcoin exchanges to import USD Bitcoin liquidity into India. But that exemption will definitely come with heavy taxation. The RBI raised the gold import duties as the country’s current account deficit worsened and the INR weakened. They will not allow another currency free from their control to suck INR liquidity out of the banking system.

Given the current monetary policy regime, the only way to increase the supply of Bitcoin in India is to produce it locally through mining.

The reason why China is the world’s largest market for Bitcoin is mainly due to the large supply of it being produced in CNY terms. Chinese traders do not need to access USD liquidity offshore in order to acquire Bitcoin. If they had to buy Bitcoin from overseas miners, it would be difficult due to China’s currency restrictions.

China has cheap electricity, labor, and manufacturing. India also possess cheap electricity and labor. India is not a global powerhouse in the production of computer chips, but those can be imported from China.

From one mining contact, I am told that the average price per kilowatt hour for electricity in China is $0.025 to $0.045. I don’t know if Indian industrial mining farms could achieve prices that low. When I mentioned the prospect of mining in India, the same contact said it could work with Himalayan hydropower.

Mining capacity in India will be brought online only if the demand for Bitcoin is so high it pushes XBT/INR to a substantial premium over XBT/USD. This could be due to heavy taxation, or a dearth of traders willing or able to sell Bitcoin for INR.

If the premium is greater than the higher cost of electricity and the chip import costs, then mining will start domestically in India. If Bitcoin catches on, Indian farms will begin producing and fabricating their own chips much like the Chinese do today.

The most crucial component is demand. Without the demand for an electronic store of wealth, a price premium will not develop. No premium, no mining. The 12% premium is encouraging, but with only 170 Bitcoin traded in the past 24 hours, the demand isn’t yet sufficient to coax entrepreneurs to build new mining farms in India.

The nature of Indian financial regulations require supply to be provided through mining. It takes time for the market to produce signals to would-be miners to begin building a farm. India will be an important market eventually, but this process will take time.