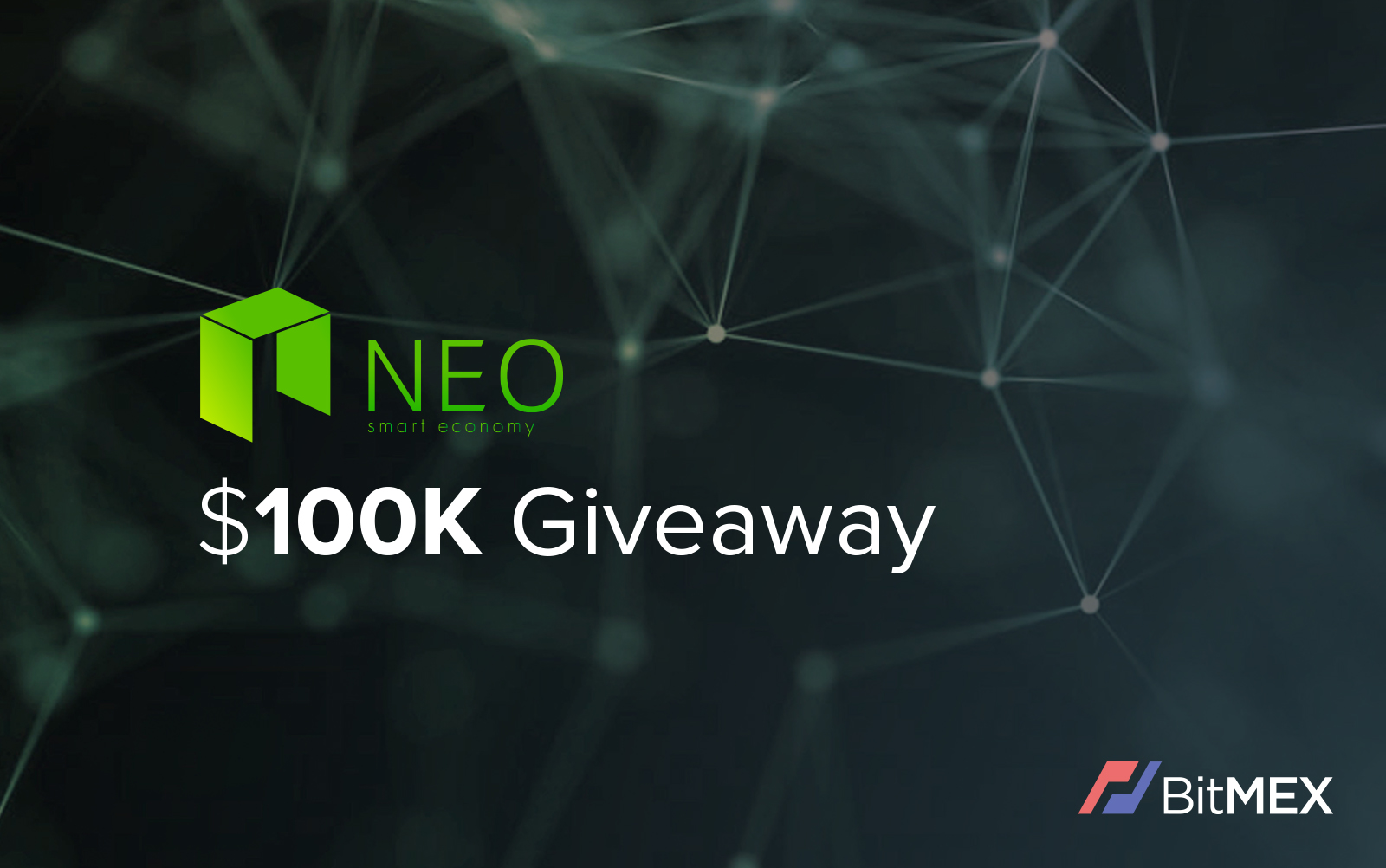 1 Grand Prize of 50,000 USD: The trader who continuously quotes the largest two-sided volume within a 0.5% spread gets the grand prize.*

1 Second Prize of 25,000 USD: The trader who continuously quotes the second largest two-sided volume within a 0.5% spread gets the second prize.*

1 Third Prize of 20,000 USD: The trader who has the largest profit (in XBT) from trading the NEO (NEOG18) contract gets the third prize.

1 Lucky Prize of 5,000 USD: Any trader who trades at least one NEO (NEOG18) contract automatically enters a random draw to win this prize.

*BitMEX will take snapshots of the orderbook at frequent intervals throughout the competition. A trader will add to their quoted volume in each snapshot by taking the minimum of their quoted bids and quoted asks within 0.25% either side of the midpoint. BitMEX will then sum that volume in each snapshot, and the trader with the largest cumulative volume at the end of the competition will win.

1. BitMEX reserves the right to cancel or amend the giveaway or giveaway rules at our sole discretion.
2. Users who engage in market manipulation will be excluded from the contest. This determination will be made at the sole discretion of BitMEX.
3. Profit is defined as realized profit (in XBT terms) of all trades where the trade was opened and closed during the contest period window.
4. No user can win more than one prize.
5. Winners will be notified via email on 22 February 2018.
6. All awards are paid out in Bitcoin at the prevailing price of the .BXBT index at 17 February 2018 at 00:00 UTC.