Abstract: Although the reliability of the data is limited, in this piece we look at the investment returns one would have achieved  by investing in ICOs.  We compare the returns against the amount each ICO raised and look at the historic investment performance of the most prolific ICO advisers. 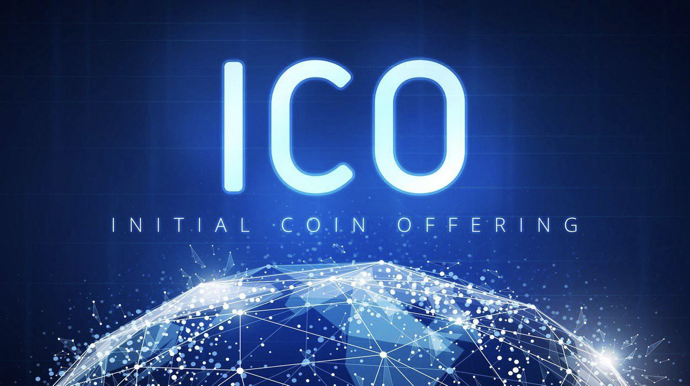 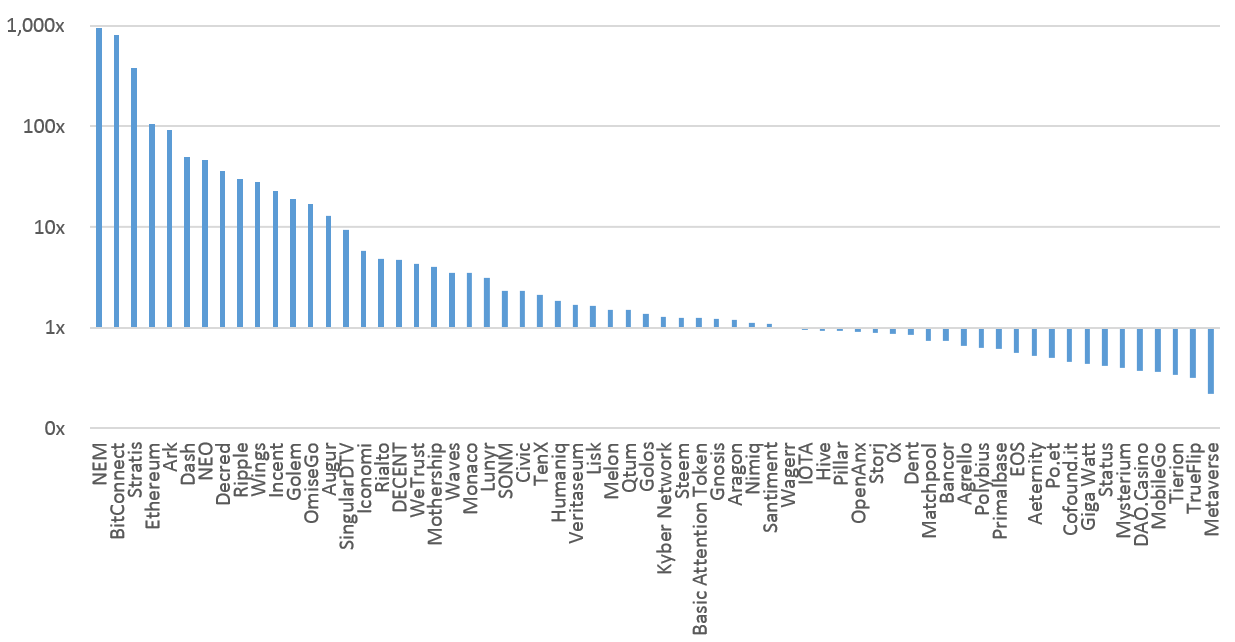 The integrity of the data 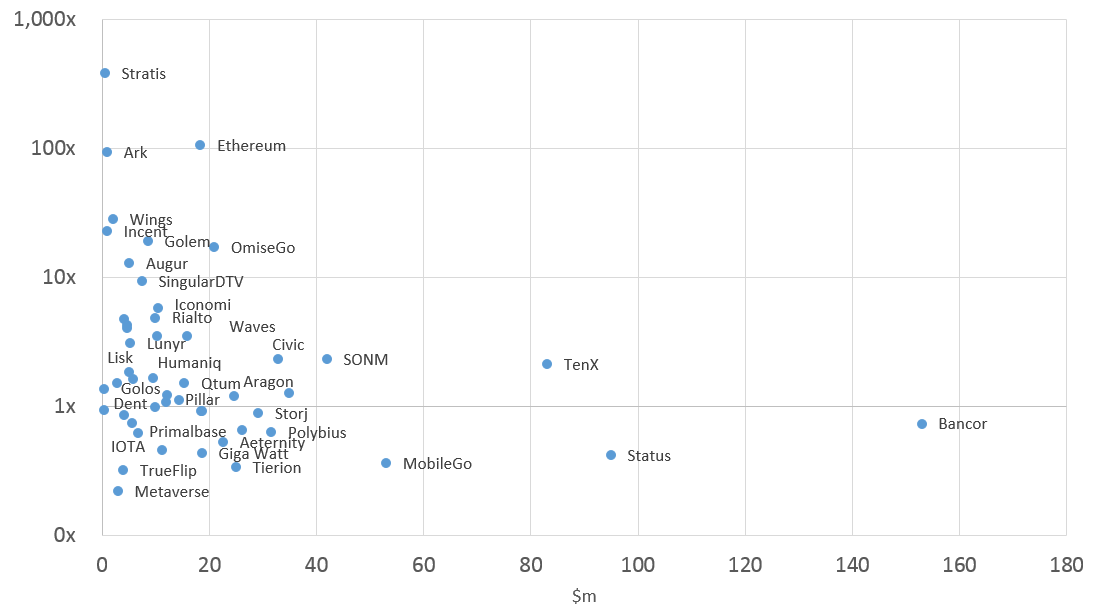 In the above chart we compare the amount raised in the offering with the investment returns of the ICOs.  From looking at the chart, it appears that there is a slight negative correlation, although the correlation is not strong enough to pass rigorous statistical requirements. 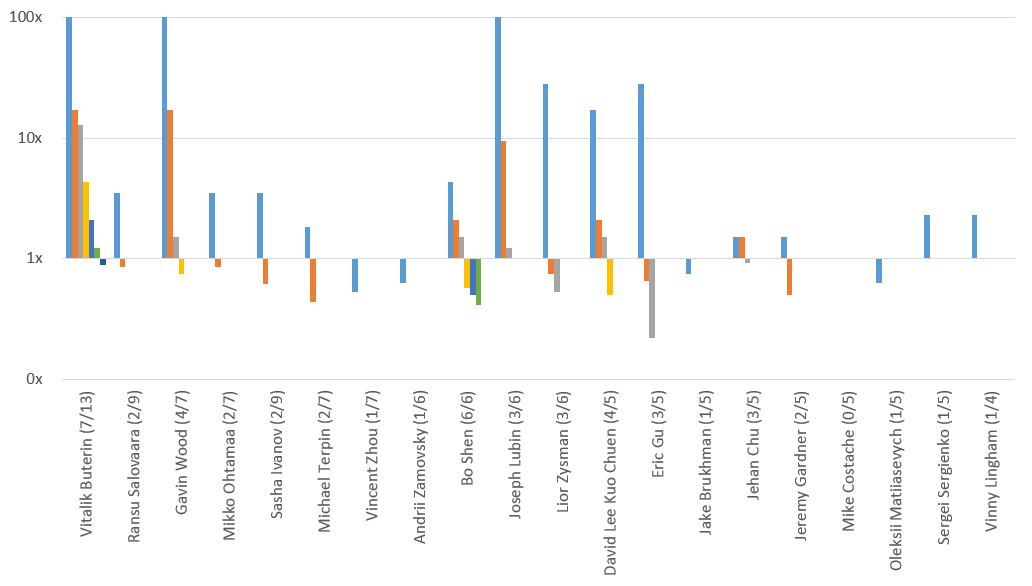 Source: BitMEX Research, Coinmarketcap, ICO websites, Reddit comments, ICO Hunt
Notes: The numbers in brackets represent the number of ICOs we were able to obtain return data for compared to the total number of ICOs the adviser is involved in

Finally we look at the investment returns of the top 20 most prolific individuals in the ICO space, by number of ICOs.  In many cases, the ICOs occurred very recently and therefore pricing data is not yet available.