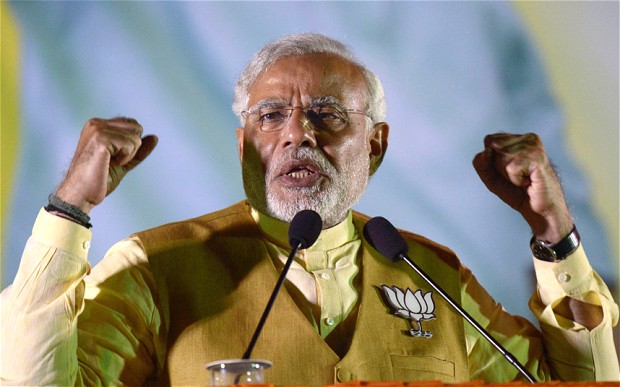 Governments around the globe fight a constant battle to obtain as much data as possible pertaining to their subjects’ wealth. For governments and banking systems that are viewed as corrupt and unsafe, this battle is even tougher.

The majority of Indians are very poor. However with a population approaching 1.3 billion, the amount of wealth in aggregate held by the poor is substantial. Indians do not trust banks. They trust gold. India consumes the most gold of any nation globally.

The poor aren’t stupid. Depositing their hard earned Rupees at the bank will yield 4.00% per annum. Unfortunately, September 2016 YoY CPI inflation totalled 4.31%. [Trading Economics] If Indians leave their money with the bank the yield is negative. It is much better to hold cash in the form of banknotes and gold outside of the banking system.

As a result of Indian’s propensity to save wealth outside of the formal banking system, the vast majority of plebes are unbanked.

The party line is that this will help fight corruption and tax evasion. That may be the case, but the vast majority of this money is held by poor Indians trying to save outside of a banking system they don’t trust. Now they must register with a bank, and subject their meager wealth to constant surveillance and the threat of taxation.

In India you need a license to do almost anything. Licenses cost time and money. For those who survive in the informal economy, they may no longer be able to accept payment for their services without rubbing up against mafioso government officials.

“This is the golden age to be a tech entrepreneur in India. Specially a fintech one,” tweeted Vijay Shekhar Sharma, the founder of Paytm, whose investors include Alibaba Group Holding Ltd. “Keep the money digital.” [Bloomberg]

Keeping the money digital is a laudable goal if it increases financial freedom. The silver lining to this gambit is that awareness surrounding other forms of digital money will rise in India. If one cannot deal in cash, what forms of digital money can achieve the same effect? Regular readers of this newsletter know the answer to this question is obviously Bitcoin.

Bitcoin in India is growing quickly. The Reserve Bank of India has softened its stance on Bitcoin, and small exchanges are beginning to operate. Once the masses are comfortable accessing their wealth via a mobile device, they will begin to question how they can save and accept payments electronically outside of the banking system.

This action should also serve as a wakeup call to savers globally. Governments hate cash. Now that it can feasibly be eliminated, expect similar actions from other developed and developing nations. The ECB ceased printing the 500 Euro note. Various American economists have called for a ban on $100 notes. [Washington Post] The war on cash is real.

Once a government bans cash, it is usually too late to begin the process of converting paper currency wealth into gold, real estate, or Bitcoin without facing some form of taxation. As always, keep calm, and buy Bitcoin.