WWYD: What Would Yellen Do? 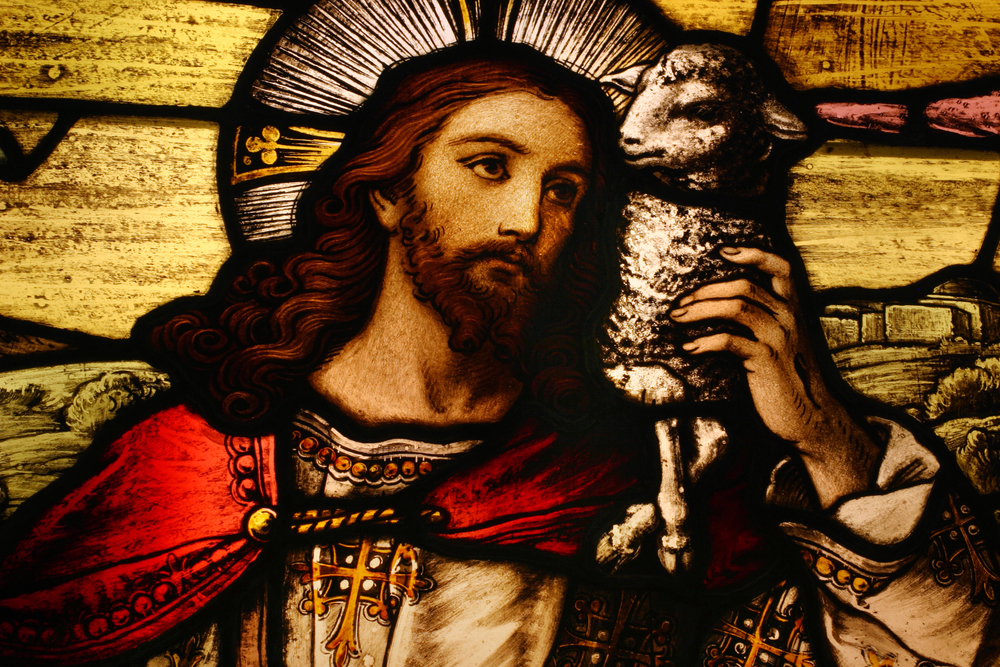 There are four days left until the Fed decides whether to usher in the next financial meltdown. Anyone who believes fundamentals have powered the rally in risk assets need only look at the two charts below. The top chart from BaML shows that the expansion of the Fed’s balance sheet (QE, money printing, or monetary heroin) corresponds to the rise of the SPX rocket ship. The bottom graph shows the Baltic Dry Index (BDIY) which measures global shipping rates. The healthier the world economy, the more things that move on boats, and the higher freight fares are. Unlike the SPX, this chart is in depression territory. 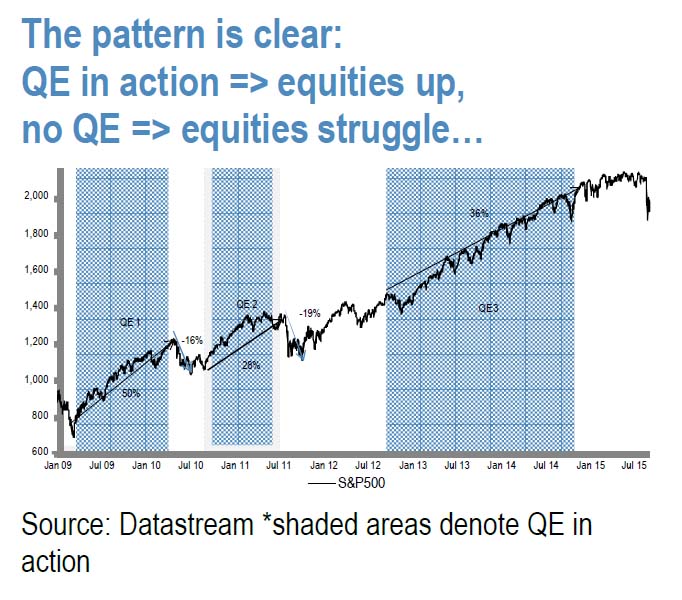 It’s not just the American equity markets that live on QE, many emerging markets (EM) are beginning to suffer balance of payments and currency crisis due to an anticipated stronger dollar and positive USD short term rates. The Fed has telegraphed the start of a rate tightening cycle. 2016 is a presidential election year, and the Fed will not raise interest rates during an election year. That leaves 3 meetings left for 2015. The September FOMC meeting is this Thursday the 17th. At this point no one has a clue what Empress Yellen will do.

The global financial markets hang on every word and action of the global monetary clergy. Back in the 1990’s, financial pundits analyzed the color of Alan Greenspan’s ties to gain an insight into what the Fed would announce at a particular FOMC meeting. They certainly don’t teach that in Econ 101. For Bitcoin, the decision will not have an obvious impact. However, what it will introduce is volatility.

I will lay out my trading decision tree:

Trading will be on hold until the Thursday decision. Traders will sit on the sidelines and wait until the decision. Volatility will decline across all asset classes. If the Fed doesn’t hike, traders will then switch to what they will do at the next meeting. Remember, we aren’t out of the woods until after the December meeting. The only effect on Bitcoin will be a return to the status quo of low to medium volatility. There will not be any outsized reactions in the price. Whatever your view was before the decision, there is no need to alter it because another holding pattern will set in before the October meeting.

The Fed Does Hike

Look out below. Markets will get slapped globally. EM currencies will accelerate their depreciation vs. the USD. In the short term, Bitcoin will not be spared from the carnage. But like a phoenix, Bitcoin will emerge from the ashes and demonstrate its safe haven status. Volatility will increase dramatically as Bitcoin gyrates in response to crashing global markets and the desire of investors worldwide to opt-out. $200 is a strong support, and Bitcoin might reach that level but it will hold. The V shaped drop and pop will present a great opportunity for fearless traders to enter the market. Take advantage of the time value, and buy BitMEX 25x leveraged March 2016 (XBTH16) futures.

The change in the term structure illustrates perfectly how the XBT series premium reacts positively to increased volatility. XBTU15’s basis increased over 30% points WoW. The price drop yesterday night Asia time caused the basis to spike. Bottom feeding traders bid up the basis to obtain long delta and USD gamma exposure at attractive levels. Those who bought the basis at 30% and hedged their price risk were amply rewarded as the basis more than doubled.

Looking at the curve, XBTZ15 looks very cheap compared with XBTU15 & H16. There is a 27% point difference in the basis between XBTU15 & Z15. Consider buying XBTZ15 and selling XBTU15. Either bullish traders will bid up the cheap XBTZ15, or bearish traders will sell the expensive XBTU15. Either way you make money on this curve flattener.

Sell XBTU15 and buy XBTZ15, delta neutral, this is a curve flattener.

A Note About Basis Trading

Basis trading is the act of trading the implied interest rates between futures contracts with different. The goal of basis trading strategies is to earn positive carry, or predict the future term structure of interest rates. The beauty of basis trading is that you are price neutral. Generally you will construct a strategy where the delta risk, or change in price due to a change in spot, is eliminated. This allows you to place larger bets, and capture small changes in the basis. Due to the quanto payoff structure and 25x leverage of the XBT series, there is a perfect environment to basis trade. The curve routinely gets out of whack and savvy traders are given very juicy entry points.

The breakout above $235, culminating in Bitcoin touching $248, gave hope that a run at $260 was imminent. Gravity thought otherwise and the price began drifting lower. Eventually the price touched $224 on Bitstamp. Given that Bitstamp does not offer leverage, real cash sellers are dumping coin. The price has since rebounded near $230, but I expect a retest again in the low $220’s.

This week is all about the FOMC decision. Don’t expect any fireworks until Thursday. If Bitcoin trades down to $220, that is a good buying opportunity for a $220-$230 range bound week.

Sell XBT7D (weekly expiring Bitcoin/USD futures contract) while spot is $225-$230. Cover the short at $220, and go long to play the rebound.