Everyone agrees that the Chinese economy has tough times ahead. What people differ on is how to trade this view. China’s FX and stock markets are heavily manipulated and the regulators have a penchant for inflicting serious pain (both monetary and physical) on traders who go against the party line. BitMEX now has two tools that traders can use to construct safe and profitable trading strategies.

China’s banking system NPLs (non-performing loans) will rise, the question is how much and who will pay for these losses. The PBOC will have to engage in a massive money printing program to absorb the trillions of USD worth of banking sector losses. Under the strain of aggressive balance sheet expansion, the PBOC will give up its futile fight to gradually allow the Yuan to depreciate.

Obviously they do not want the evil hedge fund speculators, or their comrades to front run the inevitable depreciation. To deal with comrades escaping with their hard earned or stolen CNY, the PBOC has put up the gates and begun enforcing capital controls. To deal with the pesky hedge funds, the PBOC intervenes heavily in the CNH (offshore CNY) market by jacking overnight lending rates which makes it almost impossible to short with leverage.

Bitcoin represents a perfect and cheap way to express a negative view on the Yuan. To isolate the USDCNY risk, buy Bitcoin / CNY and sell a long dated BitMEX futures contract. The BitMEX June Bitcoin / USD futures contract, XBTM16, trades at a premium to spot so the trade has positive carry. As the Yuan depreciates, your long Bitcoin / CNY position will increase faster than the short XBTM16 position. This spread trade eliminates the Bitcoin risk and leaves you exposed only to the USDCNY exchange rate.

Even after the spectacular crash last summer, the Chinese stock market is still one of the most expensive globally on a Price to Earnings basis. If you are a China bear and want to short the stock market you have very few ways to do it. You can’t short sell stocks in China. Many of the synthetic short products that investment banks offered have been shelved under pressure from the Chinese regulators. Borrowing and shorting ETFs that replicate Chinese stocks is almost impossible. Unless you have a sufficiently large brokerage account balance, trading the SGX China A50 futures contract is too expensive. To buy 1 contract you need thousands of USD as initial margin.

BitMEX offers a product that allows anyone with Bitcoin to go long or short the China stock market, The BitMEX China A50 Index Futures contract (A50H16). A50H16 is perfect for smaller investors, with only 0.04 Bitcoin ($17.00) you can buy or sell 1 contract.

If you want to sell A50H16 and have no Bitcoin exposure, consider selling A50H16 and selling the BitMEX weekly Bitcoin / USD hedging contract, XBU7D. Each XBU7D contract is worth $100 of Bitcoin. Depending on the amount of Bitcoin margin needed to open a position in A50H16 determines how many XBU7D contracts to sell. After hedging, you are left with a pure China trade.

Whatcha Gonna Do When NIRP Hits You?

When your bank starts charging you for the privilege of speculating with your savings, what will you do to escape the madness. The high priests of central banking would have you escape to their other rigged casino, the equity markets. However, after getting bent over time and time again savers are escaping to cash.

In Japan, small home safes are selling out en masse. In Switzerland, the demand for the 1,000 Franc note is soaring. The common denominator is that savers are starting to escape to physical cash. As many economists have pointed out, if too many savers run to the safety of their mattresses there will be a bank run on physical notes. This is not an ideal situation for governments. As a result, cash will be demonised and outright banned in the near future.

Once cash is effectively banned, savers will rush to convert their electronic fiat into money good collateral. First up on the list is shinny Gold. After suffering through a multi-year bear market, the barbaric relic is one of the best performing assets of 2016. After gold, real estate becomes quite attractive. However, governments can spoil that trade by increasing property tax and stamp tax duties and make the carrying cost of speculative real estate prohibitively expensive. It amuses me how investors buy $100 million apartments in American cities for the purpose of laundering their money. American politicians are great at finding tax donkeys and there is no better donkey than evil foreigners (cue Donald Trump).

After savers are priced out of the traditional methods of saving wealth in the face of rapacious governments, they will begin speculating in any asset they believe will hold purchasing power in the future. Bitcoin will feature prominently in this sample set. Not only will the price increase, but governments will be unable to exact a seigniorage or inflation tax on holders of Bitcoin. The effects of NIRP are beginning to be felt and understood by ordinary savers. As central banks go further negative, the pain will become all too real and that is when you better have a diversified portfolio of scarce assets or watch as their prices spikes in your face. There is nothing scarier than covering a short in the face of an asymptotic price chart.

Ether: Not Your Average Shitcoin 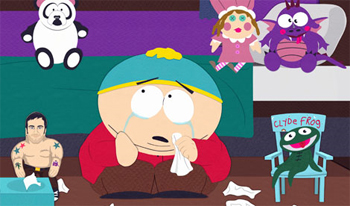 The vast majority of altcoins are pump and dump shitcoins. Ether has busted out of the pack to become the second largest digital currency. In the last month, the price surged over 120%.

Long term Ether is not meant to be a store of value, but a token used to power Ethereum apps. Ether does not have a fixed supply, which means even if you believe in the long term promise of the Ethereum project, that doesn’t mean it will translate into trading profits.

Finding yourself on the wrong end of a pump and dump operation can be very painful especially on the short side. If you must be an Ether bear, it is better to sell a futures contract on ETH/XBT rather than borrowing Ether to short on the spot market. Short squeezes are caused by shorts forced to buy physical to pay back margin loans. BitMEX offers the only futures contract on the ETH/XBT price, ETH7D. Going short ETH7D futures requires Bitcoin as margin, and you do not need to borrow Ether. With 15x leverage, your losses in the event of a short squeeze and subsequent margin call are much less. When borrowing ETH on margin, the leverage is much lower (2.5x). This means that in the event of a margin call a greater amount of your account equity will be lost.

Now that volume has exploded on the BitMEX daily Bitcoin / USD futures contract, XBT24H, many traders want to keep positions open longer than one day. What they desire is a way to roll their positions from day to day.

Starting next Monday, BitMEX will list the XBT24H_48H calendar spread. A calendar spread is a synthetic instrument that allows traders to trade the spread between the two futures contracts in one trade. Most importantly if traders take liquidity on a calendar spread, they are charged the taker fee on the far leg’s value only.

For the majority of traders, calendar spreads might appear to be too complicated. Once listed, we will do additional UI/UX upgrades to allow users to instantly roll their positions. This will allow traders to avoid interacting with the calendar spread orderbook.

Market makers will be overjoyed that we have re-enabled calendar spreads. They will be able to hold larger positions in XBT24H because they can roll into XBT48H before settlement, and avoid trading spot to match the settlement price.