Abstract: We look at the price correlation between Bitcoin and some traditional financial assets since 2012 and notice that the correlation with stocks in the last few months has reached record high levels, although it remains reasonably low in absolute terms. We conclude that a crypto-coin investment thesis of a “new non-correlated asset class” may therefore have some merit, although correlations may increase if the ecosystem expands. Due to the current correlation with stocks, Bitcoin may no longer offer downside protection in the event of a financial crisis, which some people may expect.

We calculated the 180-day rolling daily percentage price-change correlation between Bitcoin and a variety of traditional financial assets since 2012. As the chart below demonstrates, the correlation never really significantly escaped the -0.2 to +0.2 range, which is a reasonably low level. 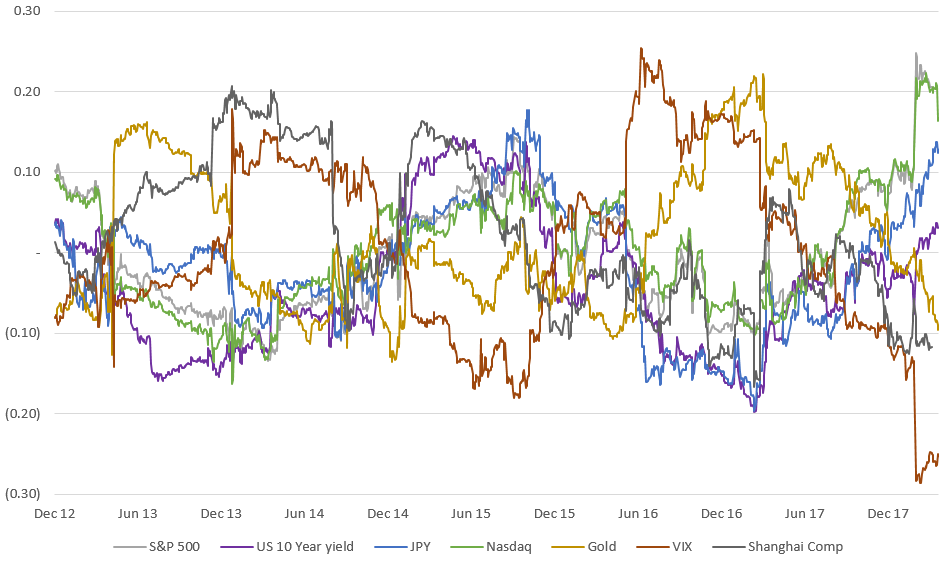 Focusing on just the S&P 500 index and gold, it appears as if Bitcoin has experienced several periods of correlation. 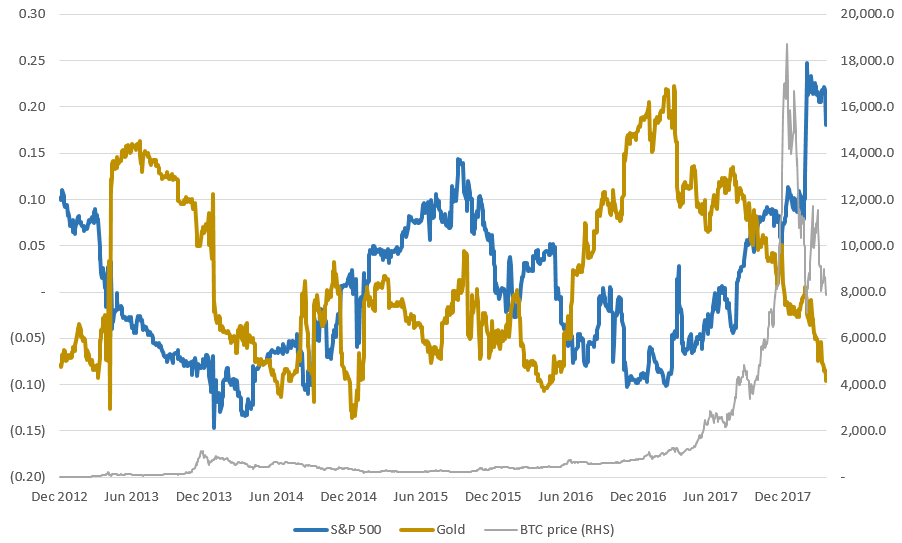 The R-squared between Bitcoin and other assets in the chart below is low, peaking at only 6.1% with the S&P 500 during the recent price rally. In addition to this, we have not been able to prove the statistical significance of any daily price-change correlation between Bitcoin and any traditional asset using any robust methodology. Scientifically speaking therefore, this article is speculative. 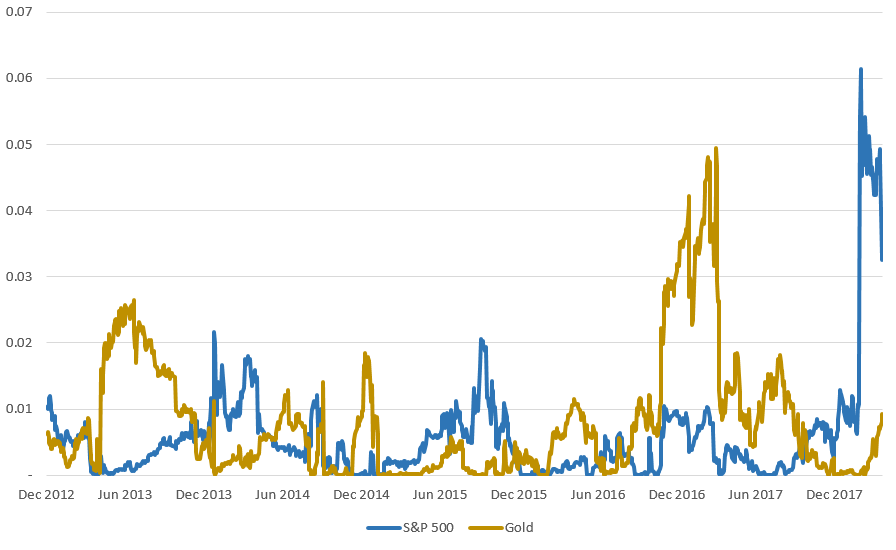 Although it’s difficult to make any conclusions based on robust statistical methodology, due in part to the limited number of data points, a chart of the Bitcoin price versus the S&P 500 in the last few months shows a strong positive relationship, which is difficult to totally ignore. 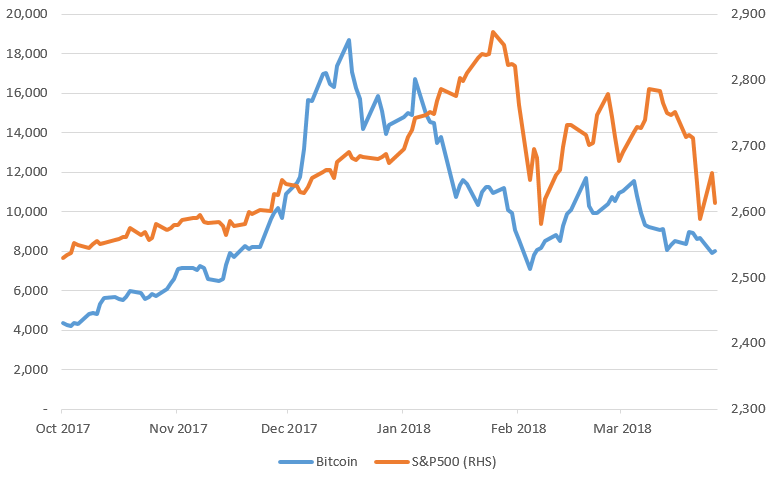 Indeed, as Bloomberg pointed out with the graph below, the peak of the Bitcoin price actually coincided with the peak forward earnings valuation ratio in the S&P 500. This comparison may be somewhat spurious, since the stock market actually peaked at the end of January (while Bitcoin peaked in December) and earnings estimates reset to higher levels for the year ending December 2018 at the end of 2017. 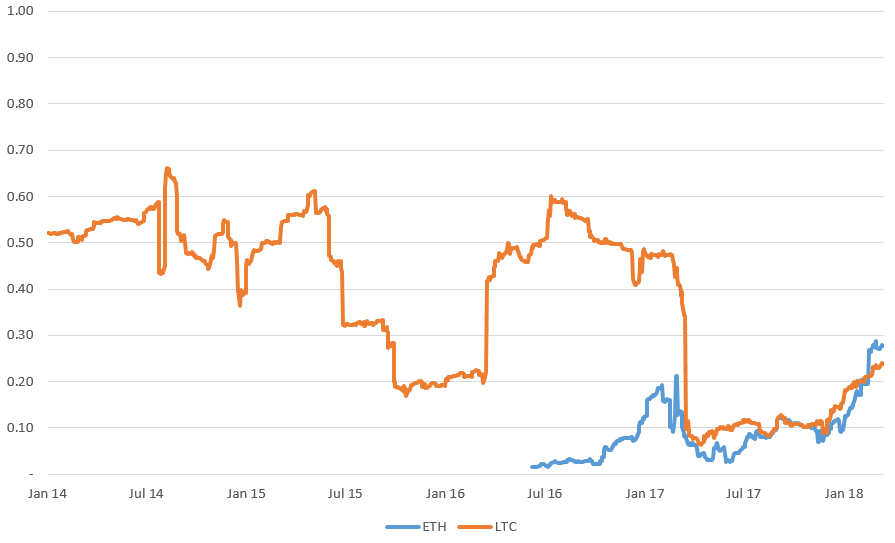 It appears that Bitcoin has been a reasonably non-correlated asset class throughout its history. During the recent rally to a valuation of hundreds of billions of dollars, however, correlations — and, crucially, correlations to risk-on assets — started to increase.

Whether crypto coins are a “new” asset class and whether this matters is another topic. It’s not clear if there is significant merit merely to being new; more importantly, perhaps, is if crypto-coins offer anything unique.