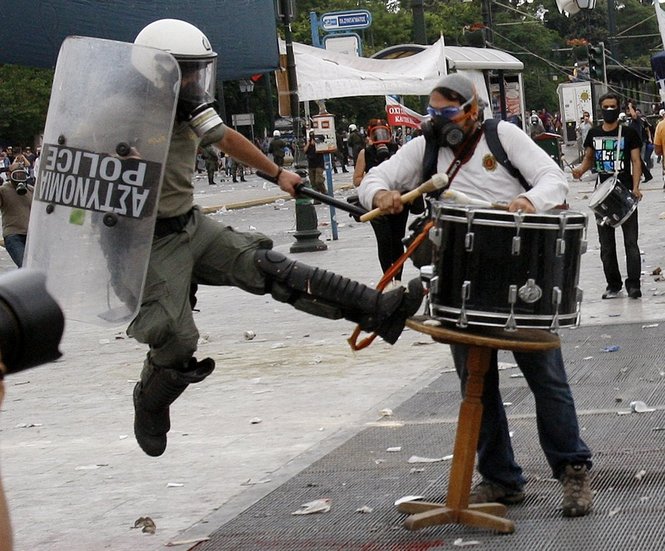 Leading up to the Eurogroup summit this past weekend, Bitcoin rallied on expectations of no deal and Grexit. Late Sunday night, Greece was humiliated on the world stage as Germany forced Prime Minister Tsipras to accept draconian terms in hopes of a bailout. Immediately Bitcoin dropped through $300 to $281. The price since has hovered around $290.

Greece has until Wednesday to approve the measures in parliament. The European nations must come up with a 7 to 12 billion Euro bridge loan in cash to alleviate the crisis in Greece. The difficulty of accomplishing these two things is being underpriced by Bitcoin. There are some crucial questions that must be answered in a short amount of time.

How will Tsipras argue the merits of the agreement when economics across the world believe the deal is terrible?

Where will the money come from? David Cameron has said the UK will contribute no money towards a Greek bailout. To get cold hard cash from EU members will require domestic parliamentary approval.

Will the ECB increase the ELA cap and allow Greek banks to reopen without capital controls?

If Greek banks reopened, would depositors rush to withdraw their full balance? This is a big worry of the ECB, and probably why they have been very mum about increasing support for Greek banks.

All of these questions must be resolved in under 48 hours. The market traded as high as $316 on Grexit fears. The longer Greek’s financial limbo lasts, the more lasting damage to their economy and population. Grexit even after the weekend “agreement” is even more likely to happen. Bitcoin under $300 is a buying opportunity. Consider buying XBTN15 (July) futures contracts to express this view.