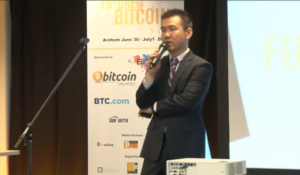 Positioning has begun in earnest. In the last newsletter, I highlighted BitMEX futures trading strategies centered around the SegWit2x hardfork. Three weeks hence, the futures basis indicates aggressive positioning by traders heading into the hard fork. In this post, I will examine advanced trading considerations and unwind strategies.

Bitcoin is up over 7x since January this year. Given this aggressive bull market, futures should trade in contango. Longs must pay a substantial amount of interest to entice shorts to position themselves against the trend.

The below charts list the annualised % premium for the XBTM17 (June), XBTU17 (September), and XBTZ17 (December) Bitcoin / USD futures contracts.

Each quarterly contract existed during a price rally. However, the Bitcoin Cash and upcoming SegWit2x fork dampened the premium for XBTU17 and XBTZ17 respectively.

The above chart illustrates that XBTM17, which experienced no hard fork during its existence, had the highest premium and discount. XBTU17 experienced its max discount during the Bitcoin Cash hard fork.

The discount is a combination reflecting traders’ fears of a disorderly hard fork, and traders selling XBTZ17 vs. buying spot to create SegWit2x coins with no Bitcoin price risk. Due to the heightened risk and publicity surrounding the SegWit2x hard fork, the discount could reach up to 15% pre-fork.

This time around most savvy traders are short XBTZ17 basis. Basis = Future Price – Spot Price. Any time the basis trades flat to positive, they increase their short position. However, once the fork is over large percentage of the XBTZ17 open interest must close their positions.

Many traders might close their XBTZ17 short at a mega discount pre-fork, then switch to long basis to play the relief rally. But if everyone is the same way, many will give up profits during the unwind. Additionally, bullish speculators will jump in pre-fork to take naked longs anticipating a sharp rally after the fork occurs.

During my time at Deutsche Bank there was a certain French options trader that emitted a high pitched squeaky yell of “Short Squeeze” any time the market gapped higher into the close. The XBTZ17 market is primed for a short squeeze, and I believe profit maximising miners could initiate an even sharper rally higher.

The miners signed the New York Agreement (NYA) in an effort to save face and acquiesce to activating SegWit, while at the same time securing larger blocks in the future. The NYA headed off a chain split due to UASF, but Bitcoin Cash was launched as a direct result.

Bitcoin Cash has an 8MB block size without SegWit. As it stands now, there is no need for SegWit2x Bitcoin. However, the majority of miners continue to signal for the NYA.

Signaling for the NYA costs them nothing, and it does not mean they actually will support the hard fork with hash power.

What would happen to the market if at the last minute all the large miners stopped signalling for NYA and the hard fork didn’t happen? You know the answer, Pump City. The other consequence is a violent resetting of XBTZ17 basis. All those who went short basis to collect the B2X dividend would rush to unwind their trades at the same time.

BitMEX will not credit B2X coins. Therefore, XBTZ17 shorts will remove margin from BitMEX the day before the fork and deposit on an exchange that will credit B2X. That means the leveraged used by shorts will increase further putting their positions at risk of liquidation during a short squeeze.

If I were a profit maximising miner here is what I would do:

If you believe this thought experiment might become reality here is what you should do:

SegWit2x Bitcoin Is Not a Dividend

B2X is different than BCH in that B2X supporters do not want their coin to be an altcoin. It will either become Bitcoin or nothing.That is why they refuse to implement replay protection which allows exchanges to safely support B2X.

In the event exchanges delay the listing of the B2X by even a day, by the time you theoretically could sell B2X, it might be worthless because it failed at supplanting legacy Bitcoin.

If you went short XBTZ17 basis at a flat to positive level, you are in the money. Closing the trade early and earning the expected dividend is prudent due to the fundamental differences between B2X and BCH.