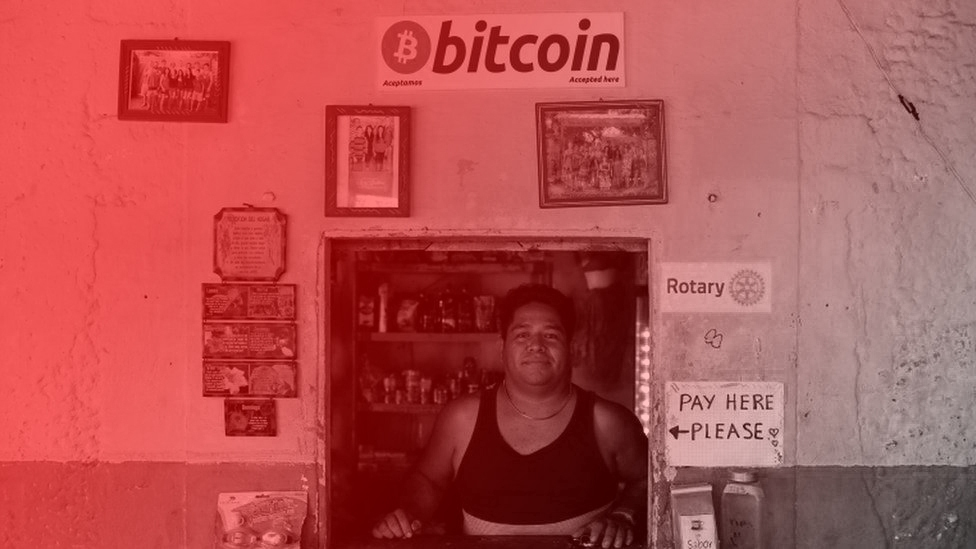 Faced with an inherently unequal financial system, those who have the most to lose by continuing the status quo are acting in their self-interest to explore alternative options like Bitcoin.

A message from Alexander Höptner, CEO of BitMEX

What the critics fail to recognise is that developing countries like El Salvador are leading the world in embracing decentralised digital currencies and payments. They’ve had decades to analyse how the global financial system works – and doesn’t work – for their populations. They acknowledge their powerlessness to influence monetary policy decisions that can have grave consequences on their citizens.

They aren’t quite opting out of the monetary system status quo (El Salvador still retains its other legal currency, the US dollar), but they are choosing to try something new. This deserves praise, not derision.

First – a bit of a disclaimer. This won’t be a love letter to President Bukele of El Salvador, who is staking his political future on the successful rollout of this policy. I support the policy, of course, but I think there’s long-term risk in giving too much credit to individuals in the crypto space (see Spring 2021 Elon Musk for an example). Individuals can stumble, but the fundamentals of Bitcoin won’t change.

The importance of this cannot be overstated for many developing countries whose main export is human capital. Citizens working abroad need to send money to their families at home to help pay the rent, send their children to school, and buy groceries.

Remittances made up an astounding 23 percent of El Salvador’s GDP in 2020. Across the world, it’s nearly 10 percent of GDP in the Philippines, which has over 10 million overseas Filipino workers. According to World Bank data, low and middle-income countries receive about 75 percent of total global remittances.

This money has got to find a way home somehow. But the current system of remittances – led by money service providers like Western Union – is ripping people off by charging them an average of 10 percent just to send money home the next business day. This is heartbreaking and wrong. People deserve better. So is it any surprise that Bitcoin – with its near-negligible fees and quick 24/7/365 transactions – would pique the interest of countries reliant on remittances?

According to the World Bank, US$540 billion in remittances reached low and middle income countries in 2020. That number would be a lot higher – and families in developing countries would be in a better position – with a cheaper method of remitting funds.

The ‘money printer go brr’ meme is grounded in some reality after all. Covid-19 related stimulus has raised concerns about the risk of runaway inflation; this is covered by many others so I won’t repeat their arguments here. But even if we assume the worst case scenario will not come to pass, it’s easy to recognise how inflation is even more of a concern for those in developing countries.

While consumers in advanced economies might be better placed to weather shocks, people in developing countries are more vulnerable, especially when the price of consumer goods and services is impacted.

Even when governments don’t take the initiative like in El Salvador, people seek alternatives to fiat currency during inflation crises. As inflation climbed well above 15 percent this year in Turkey, crypto adoption surged. Turkey responded by quickly banning the use of crypto for goods and services, but inflation is now at 19.25 percent.

Bitcoin fixes this, with its capped supply of 21 million. And developed countries – and/or their people – are noticing.

Time for some real talk. Let’s say the quiet part out loud. On a macro level, those who will make the decision to make Bitcoin legal tender will be politicians or rulers. Like President Bukele, many are skilled and savvy, and have an interest in positioning themselves as progressive, populist, and new age thinkers.

Bitcoin is many things – a technology, a store of value, and a means of payment. It’s also a cultural touchstone and, at its core, an expression of the user’s lack of faith in the global financial system as presently constructed.

Over the next year, and as El Salvador works out the kinks in its rollout, savvy politicians will be thinking of how they can take a similar path, and how it might benefit both them and their constituents. What El Salvador did is take the first leap of faith, making similar moves by other countries much easier to consider.

But if it’s a reality that politics will play a big role in the adoption of Bitcoin as legal tender, it’s also true that any failings by these leaders in the implementation phase may hurt wider adoption of cryptocurrencies in general. That’s the dangerous dilemma that lies ahead.

The respected macro investor Raoul Pal recently said on the Bankless podcast that the most vocal critics of crypto are often motivated by fear of change rather than quibbles with the actual technology.

Fear of change is understandable. But it doesn’t have to be crippling. Faced with an inherently unequal financial system, those who have the most to lose by continuing the status quo are acting in their self-interest to explore alternative options like Bitcoin. It would be wrong – and hypocritical – to thumb our noses at them while continuing to benefit from that same unequal system.